Round 3 Report from the European Championships 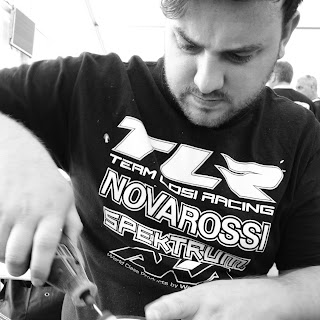 Round 3 Report from the European Championship

With some quick decisions by Darren’s Mechanic Adam Drake for the third round of qualifying today Darren felt much more conferrable with his car this in round 2.  Darren put in a fantastic drive and just missing TQ by .4sec.  This will give Darren a 1 & 2 and is looking very good for the TQ going into tomorrow’s last two rounds.  Miguel Matias decided to try a couple of set up changes for the third round today since he had two very good run that will put him at the top of one of the two semifinal on Saturday.  He didn’t have the run he was looking for but did like some of the small changes he made to the car.  I have to say I am very impressed
with Alex Zanchettin putting in another great run taking a 17th for the third round and should have secured himself into the semifinal round.   ﻿
at 10:37 AM