Day 2 Report from the European Championships

Well we got what we wished for last night in the way of water.  The track crew put down a large amount of water and we also heard that there was some rain last night at the track.  For the early heats the track was pretty wet and sticky but this really helped the track stay together.  With good things there comes bad things, the good thing was the track staying together and the bad was we were a little more caught off guard with what tires to run.  Let’s just say we didn’t make the right choice but we did learn a lot for tomorrow in the way of tire choice.

With all that said the first round the team was a bit off pace which was all do to running to hard of a tire.  The TLR cars looked really good on the track in every way but just lacked some steering because of the tire choice.  In the final timed practice run today the track had polished up quite a bit and dried out with a slight dust starting to develop overhead.  Even with the track drying out the grip was still not there from what we could see from the early heats and the track looking very polished which is normally not a lot of grip so we decided to go to a super soft tire in a larger pin.  This seemed to be the right choice as Miguel Matias  would be second fastest in round 2 with his TLR 8ight 2.0 buggy and Darren Bloomfield would sit fourth in round 2.  The track over for round two was slower for most of the drivers so it was hard for them to overcome the fast times that there competitors were able to do in round 1.

I was very impressed today with our entire TLR team here at the Euros.  Ramon Nuno, Burac Kilic, and Wolfgang, Heusel to name a few of our drivers that did so well today.  They were very helpful and also wanted to learn a lot from Adam Drake and myself.

The day has come to an end with tomorrow starting the first two rounds of qualifying but the big question we all have is what the track will be like.  Will they put down a good amount of water or not, heck we may even get more rain!!  The one thing I do know is we are ready for whatever may come our way.

Check for updates throughout the day on our twitter site:
TeamLosi_Racing 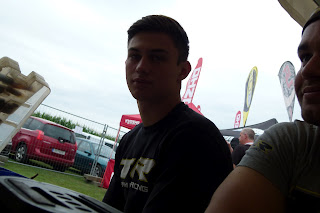 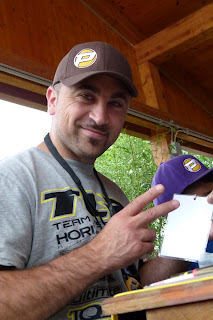 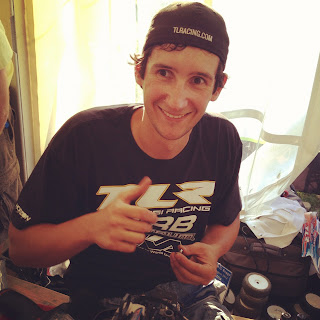 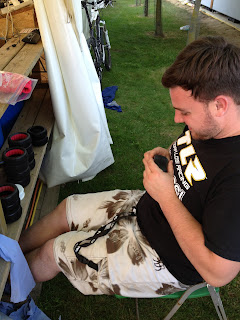 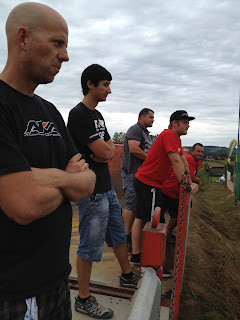 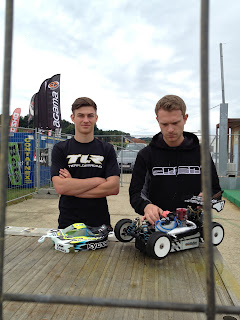 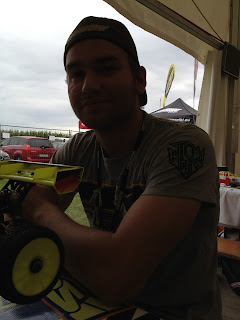 When practice was over for the day they did the opening ceremonies which was very impressive.  The European organization has done an amazing job with everything so far at the event.  I have personally been blown away from the race format down to the open ceremonies.  Everyone here that is racing is so proud to be here and really feel privileged to be here and racing.  Many different people talked throughout the ceremonies and some i could understand and some i could not but it didn't really madder much as you could tell by everyone there that what he was saying meant a lot to them.  It was really cool time.

After the ceremonies they did one more quick 3min practice round with all the drivers in there new qualifying heats just to check to make sure there would be no hiccups tomorrow.  One thing i did notice that was a bit odd to me was that all the fast heats run first.

Once this quick round of practice was over everyone was off to the large tent for the event dinner and live band that was playing some pretty good music.  There was all kinds of food and lots of beer and with everyone dancing and having a good old time.  we unfortunately did not stick around much as we needed to get off to bed as qualifying starts tomorrow and that's the main goal.  Wish us luck tomorrow!!! 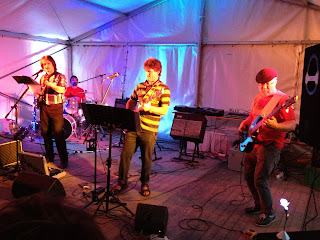 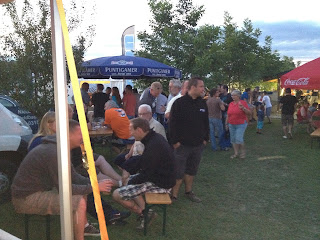 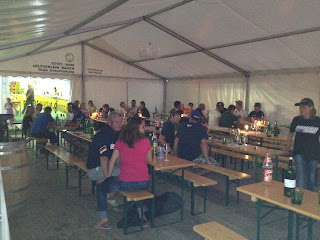 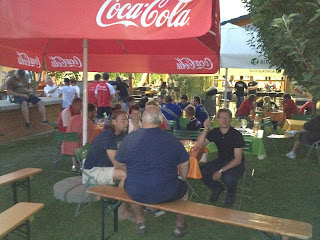