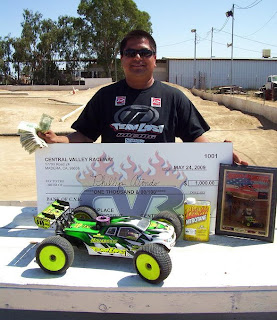 Hi guys! Last weekend CVR in Madera CA. had there annual Memorial Shoot out race. Ryan Lutz and Chad Bradley showed up and a whole crew of fast local talent. When I showed up in the morning the track was so dry and dusty and at times hard to even see your car. Both my buggy and truggy were AWESOME and felt confident going into the weekend. I ended up TQ in buggy and the only one to get the extra lap. I also TQ'ed truggy by 10 seconds over Lutz. When it was time for the 45min mains the next day I ended up running Red Eclipse on the buggy and they felt great. When the race started I pulled away from the field slowly and built myselfe up a half track lead on Lutz and Bradley and with only 15min left I ran out of gas due to me not hearing my pit guy to come in, but he got me back out there and I charged back to 2nd place. In truggy everything was great and went on to a win by 3 laps with my Toro Nero running perfect all the way to the end and took home some $cash! I ran the New M3 Caliber truggy tire and they felt great all through the race. I'm putting on a club race this weekend at my track, Riverfront R/C and it should be a good time. Our track layout this year is awesome and provides a lot of great racing. hope to have all of you out here soon!

Phillip Atondo
at 1:26 PM No comments:

Kickin off the summer 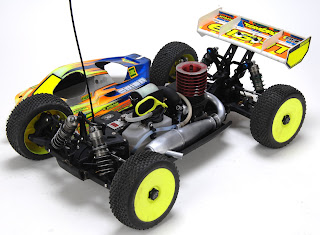 Hello all. We have been getting into full swing to kick off the summer race season. I have quite a few different big races in my near future. We head out to Omaha Nebraska in 3 weeks or so for the Roar electric nationals. Than just a week after we get home from that we have the always fun HRH shootout. Than the very next week i will be at the Roar Off Road Fuel nationals in Illinois where i am looking forward to try and defend my Roar fuel buggy national title. I am very confident going into this. I have been focusing mainly on my gas program and have been very excited to be working with my new Orion engines. They have been very good from the beginning and have been working with them and have made huge personal improvements. I am very excited for the future with Orion and working with the progression and development of the engines. I look forward to seeing you all at the races and lets all have a great and fun summer racing :)
Mike Truhe
at 1:57 PM No comments: 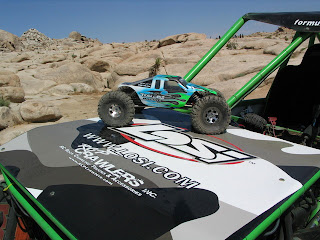 I went into our Socalrcrc series finals over the weekend tied for 1st overall in the series. The pressure was on, and some of the best drivers in the club were within striking distance. The courses were very technical and I knew one mistake could drop me right out of the top 5 for the series. I've been putting in a lot of extra hours practicing with the Losi, and it paid off.

I ran all 3 courses with one total penalty point

Two perfect scores, and one course with one reverse gave me a total of -22 for the day! It was easily enough for 1st place in the comp, and enough to wrap up the 2008-2009 Socalrcrc series title. Drivers in our club have really stepped up their game, and I'm proud to have been able to put the 2.2 Losi on top 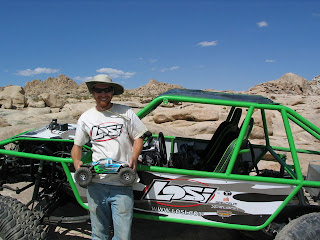 As always, I have thank Rich and everyone else from Losi who has helped me along the way. These guys have put in countless hours designing the new rig, and its paying off. With the first shipment just days away from finally reaching you guys, I'm really not looking forward to having to compete against them on course

For now, I'm off for more practicing. The WCC is right around the corner, and with this rig I will be a force to be reckoned with. I can't wait for my chance to represent Losi and Socalrcrc against the best the world has to offer... 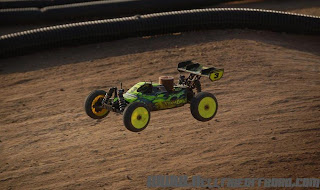 Hello All,
As Dustin posted below we are 4 races into the CO gas season. I had some difficulty at two of the races. At the CO State Nitro Challenge I was leading when I had a throttle servo failure and a drive pin came loose for me while running in 2nd at the RC Pro Series (NEVER be shy with the threadlock kids!). Beside those incidents I have won the other 2 gas races held in Denver and feel very confident with my 8ight 2.0. So between me and Dustin, a Losi 8ight 2.0 has won 4 out of 4 races so far this season!
If gas racing teaches you nothing else... it is that preparation is key. With that said I have been working hard to prepare for the upcoming ROAR Electric Nationals to be held in Omaha, NE at the end of June. We have an awesome practice track that has been great for testing my XXX-CR, XXXT-CR, and XXX-4. The track is very similar to the nats track so I have been working hard to improve the handling of my vehicles. Thanks to ideas and help from Adam, Dyno, Billy, and Matt Lee my vehicles setups are coming along quickly. Thanks to you guys for inspiring me to "think outside the box".
Matt Chambers
at 5:45 PM No comments: 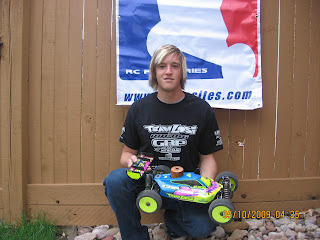 Its been a great start to the gas season for me, 2 weeks ago I Tq'ed and won the Colorado Nitro Challenge, than this past weekend I went on to Tq and win the first round of the RC Pro Series with my 8ight 2.0 buggy. My car has been amazing and hope to continue this run in a couple weeks with round 2 of the Pro Series. Along with gas racing we have prepared a track that is similar to that of the electric nationals this year in Omaha, Nebraska. I have one test day so far on the track with day 2 coming tomorrow, and will be over there atleast 3 days a week for the next month and a half preparing for Nationals at the end of June. Hope everything is going well for all the losi consumers out their!