Several drivers at the track have been asking how we run a low profile servo in the TLR 22-4…specifically the Spektrum S6240. Check out this video as Ryan Dunford takes you step by step through the easy process…and it only takes a couple of minutes.

We've just started shipping TLR338002 which is the 22-4 Shorty Pack Conversion chassis.  We've had a few people ask, "What's that little black part for?"  I just wanted to help clear the air and give the detailed info on why we made it. 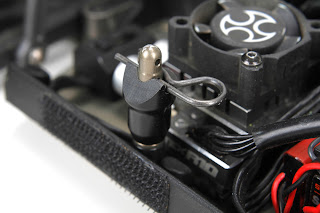 I hope that makes it clear why this part in included, and now it can be installed without issue!

As the TLR Race Team continues to push the envelope of performance for the 22-4, they have found the weight distribution and overall balance of the 22-4 to be much better when running a “shorty” LiPo on the left side of the chassis and mounting the ESC on the right. This moves the weight a little more forward overall, improves the corner weight balance, and reduces the total weight by 75-100g (depending on the battery pack used). This new configuration is used on most all TLR 22-4 setups since mid-2014 including Ryan Maifield’s 2015 Reedy Race Champion setup. Designed as a direct replacement, no other parts are needed to convert to your 22-4! 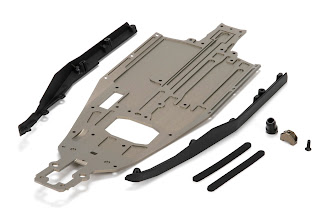 Check out the link here on TLRacing.com TLR338002

3-Hole Pistons for the 22 Vehicles

TLR is happy to announce the release of 3-Hole 12mm Machined Pistons!  These pistons are offered in packs of 4, and with the hole diameters of 1.3mm and 1.4mm.  The TLR race team has had great success running the prototypes of these pistons on their 22 2.0 and 22-4 buggies and have dabbled with them on their 22T 2.0 and 22SCT 2.0's also.  Several key setups benefit from the reduced pack and quicker movement of the 3-Hole pistons, especially on tracks that are a little bumpier.  See some of the key setup links below.

The part numbers are TLR233017 for the 3x 1.3mm pistons, and the link to the TLR Site is here: http://www.tlracing.com/Search/Default.aspx?SearchTerm=TLR233017 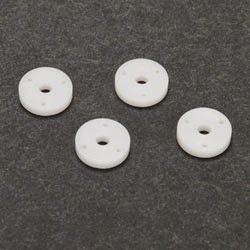 The part numbers are TLR233018 for the 3x 1.4mm pistons, and the link to the TLR Site is here: http://www.tlracing.com/Search/Default.aspx?SearchTerm=TLR233018 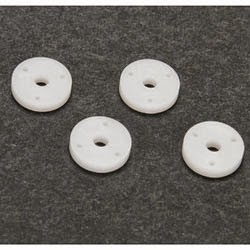 We hope you enjoy these pistons as much as the team has! :)

Hello Racers - After his awesome weekend at Nitro Challenge which culminated in a Pro Nitro Buggy Championship, Ryan was kind enough to send over the setups from all of his podium finishes.


Give these great setups a try, and Race On!

We have just announced the 22-4 Castor Block Ball Stud Spacers.  These help to fine tune the front roll center on the 22-4, but they do not interfere with the spindles like the regular ball stud spacers will.

The part number is TLR236005, and the link to the TLR Site is here:  http://www.tlracing.com/Products/Default.aspx?ProdID=TLR236005

We've gotten a great tip from Developer and Racer, Ryan Dunford.  He found a great way to mount the spoiler to the 22T Mid-Motor body.  This really helps add to the durability of the body and spoiler, and extend the life of both...


We have been running the 22T in mid motor configuration for some time now.  It works great this way and as tires get better and tracks get higher traction, we will assume many might start to try this.  One thing that can take some abuse is the spoiler that goes on the Mid Motor 22T body.  It can also get lost easily as it is normally mounted in place only using the body pins in the rear.

Install the two M3 x 10mm BH screws through the M3 steel washer through the spoiler and body.  Then add the M3 lock nut to the screw, but only tighten the nut until the screw just touches the spoiler and the nut just touched the body.  You do NOT want to tighten the screw/nut all the way down.  Check it out in the picture below.  Please understand this is one we modified after it had some wear and tear on it. 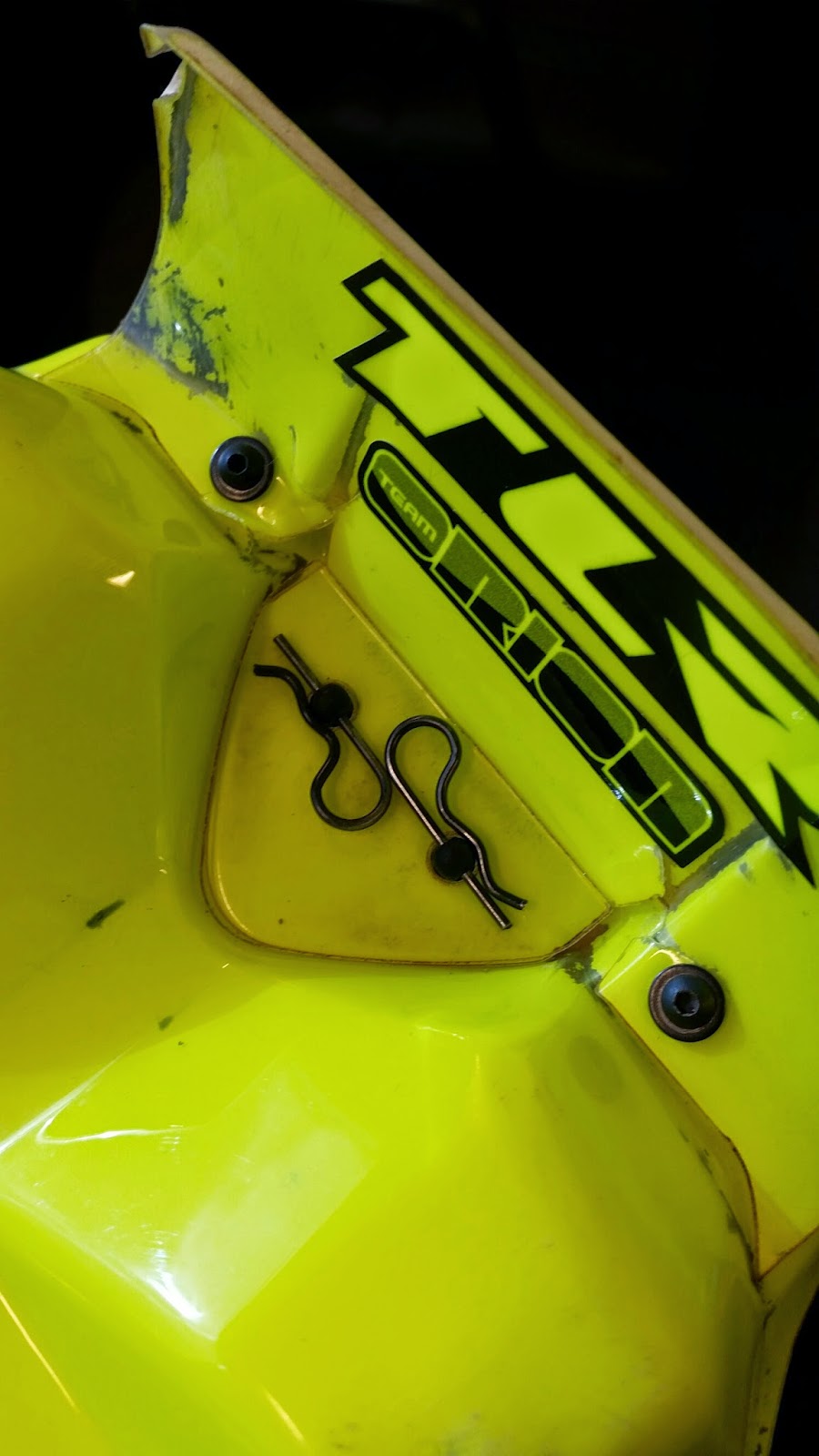 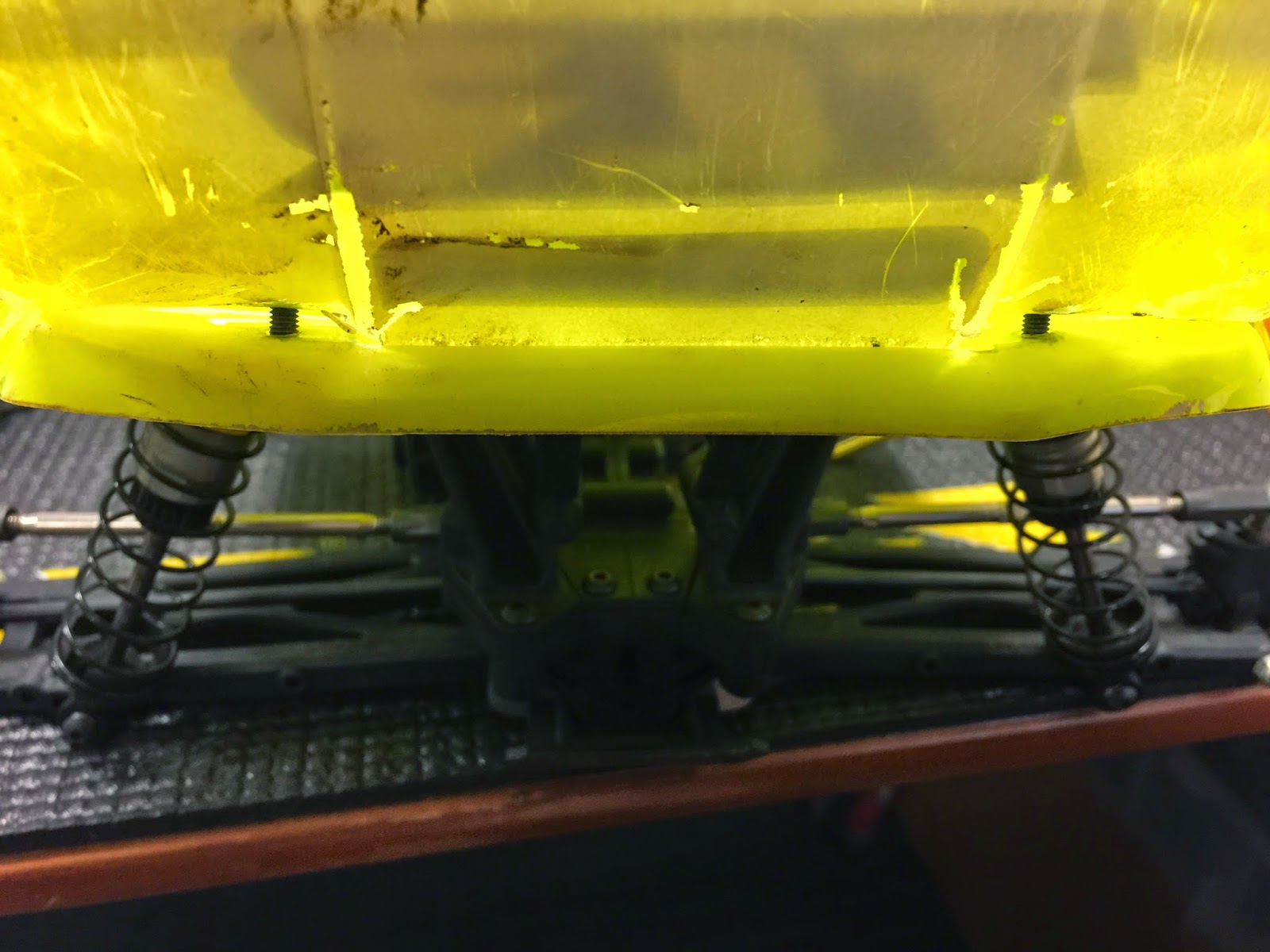 A couple hints when doing this come to mind.  Use washers on both sides for extra support.  Do it when the body and spoiler are new, before it takes abuse and the effect would even stronger.  Also, do not tighten the screws all the way down.  Tighten them just until they put pressure on the spoiler without deforming its shape.  This allow for some give when you end up upside down and also makes it so you do not press the spoiler down too far.

We have received a race report from TLR's championship team driver from Greece, Nick Floudas.  A multi-time National Champion, Nick has been laying to down in Greece, and again took no prisoners at the 4WD leg of the 2014 Greek Nationals!

"The Greek 4wd Buggy Nationals was run first weekend of December as a make up date from its postponement in June.  This meant the weather would alter the track conditions greatly from the sugared, high-traction track that we knew to a track with ever-changing conditions.  It was loamy and wet Saturday, then moved to dry and dusty on Sunday for the finals.

I had not run my 22-4 much in recent months due to the weather, and given the expected inconsistent track conditions, I opted for a safe setup.  The plan was to concentrate my driving, tires and the changing conditions.  Come time for qualifying, I started out strong by taking the 1st and 2nd round TQ's on the moist track, breaking into 18 lap runs.  In the 3rd and 4th rounds, I got 2nd for each round which meant the 5th round would decide TQ so I would push to the max!  The sun was drying the track surface, so the track was going to be quick.  I TQ'd the last round with the best time of the day, 18 laps 5:10, to secure the overall TQ spot!

Starting from TQ, my plan was to control the race and pace as much as possible.  In A1, I had an unfortunate incident while leading and finished 2nd.  For A2, the changing track caught me out a bit with a poor tire choice, but I still ran strong to take a 4th place finish. I still had a chance at the overall title going into A3, but I had to not only win, but also beat the fastest time set in A1.

Somehow, I felt little pressure...I took a gamble and made some changes to my car going to a different spring and mounting some tires that felt good in the dry.  The race was very close and exiting:  I was running on a TQ pace having 2nd place right behind me, only a half second back each lap. Despite the pressure from 2nd place, my 22-4 was on rails and so easy to drive that I did not make any mistakes and took the win!  BUT... was the heat fast enough to secure the overall win??? We raced at the screen to see that I had done it by 0.090 of a second!!!

Great job by Nick again, keeping TLR on the top step of the podium, and keeping the winning ways of the 22-4 rolling! 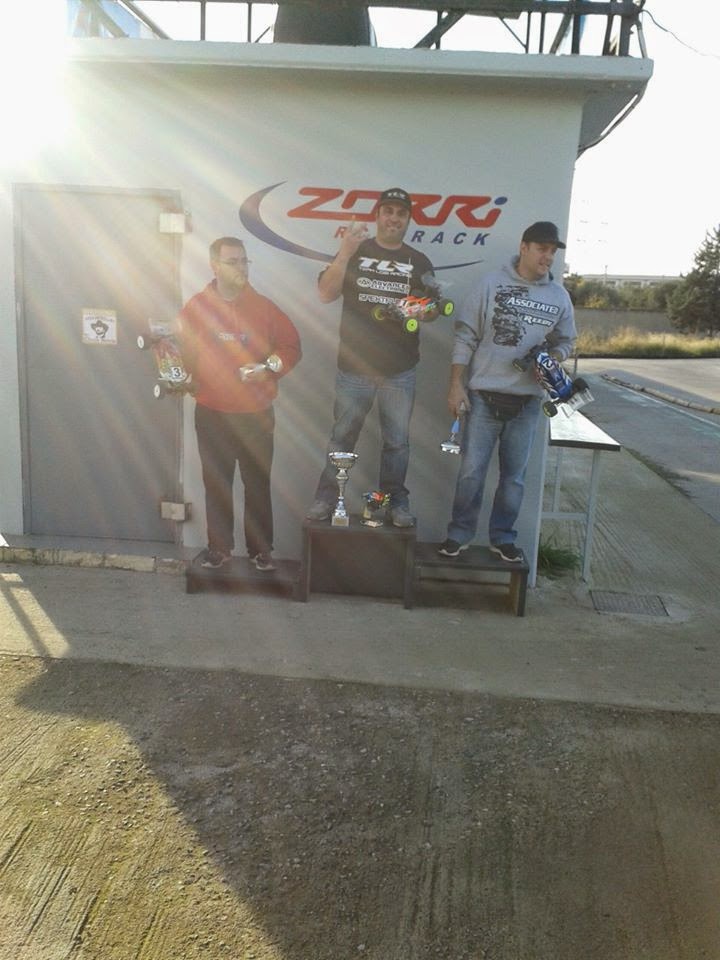 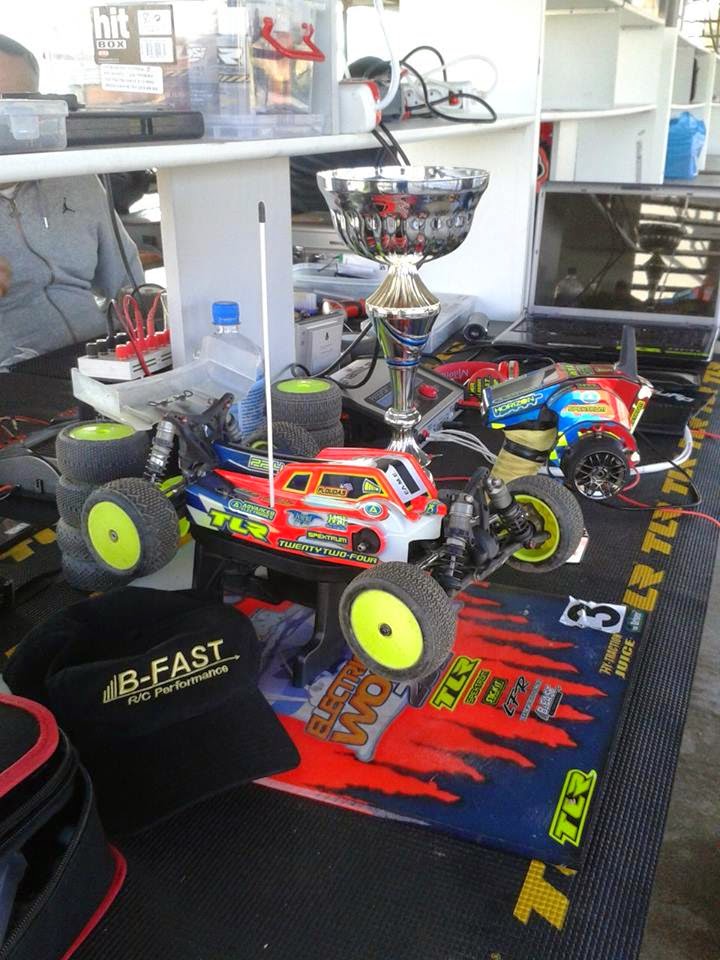