With all of my on-road experience I found that I can gain more steering link clearance under the TLR 22 front bulkhead using the JRXS Type-R Captured Rod Ends. These come 12 to a pack so you will have plenty for many rebuilds. This is ideal for racers that use the Spektrum S6070 shorty servo where the servo spline is slighly offset to the right compared to other servos. In the photo below I am using a Spektrum S6040 servo. 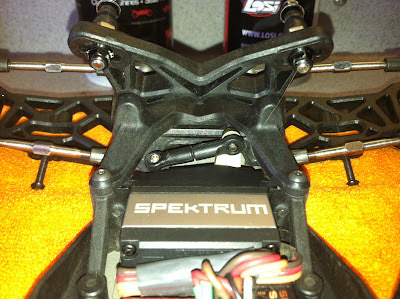 I found this tip from our Swedish TLR team driver, Otto Ausfelt, last year at the World Championships in Finland. He simply drills the front body mount out with a 1.6mm drill bit 90 degrees from the original hole allowing the body clip to insert from front-to-back instead of side-to-side. I suggest removing the body mount and drilling it while holding the body mount in a small vice or a pair of pliers. 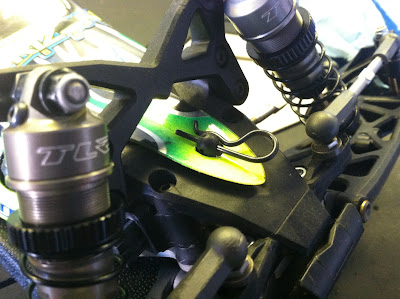 Front Overdrive Gears for the 8IGHT

Team Losi Racing just released a new overdrive front ring and pinion gear for the 8IGHT. The ring gear is now a 42 tooth verse the 43 tooth ring gear from the stock 8IGHT 2.0 therefore creating front overdrive. The ring and pinion gears are both laser etched to ensure the gears are not mixed with the stock ring and pinion. The overdrive gear set provides smoother off-power steering and increased on-power steering. On larger high-speed tracks this has dramatically improved the performance of the 8IGHT 2.0. The TLR Overdrive Gear set can be used in all 8IGHT Buggies including the 8IGHT-E and L8IGHT Model. These gears cannot be used in the 8-T due to the difference in gear ratios.

Part number is TLR3510 and will be available within a few days. 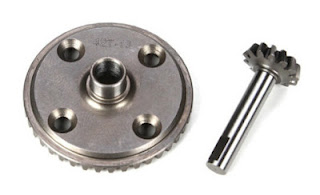 TLR Pit Mat is back in stock

Team Losi Racing pit mat is back in stock.
The TLR Pit Mat offers unequalled protection for your tabletop or pit bench while working on your electric or nitro vehicles. The rugged leak-resistant nylon material can be easily wiped off and cleaned with normal cleaners. The exclusive non-slip backing helps prevent the Pit Mat from sliding on the tabletop, and the large size allows you to keep your toolbox and spare parts safe from dirt and damage. 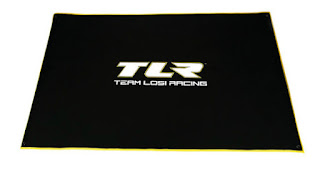 This past weekend OCRC Raceway held their Stock Nationals. This is a great event for TLR as it is not a race that the pro drivers attend, it is more driven towards the consumers. With their being no modified class at this race, TLR drivers Matt Castellano and Mike Truhe were on hand all weekend for support to all the racers to give them the best weekend of racing possible. Nick and Robert Black, owners of OC R/C Raceway did an amazing job putting together a track that was specific for the stock racers. 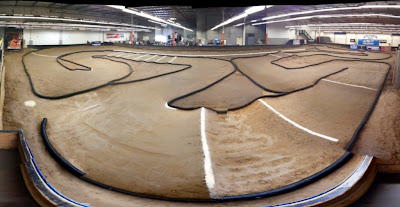 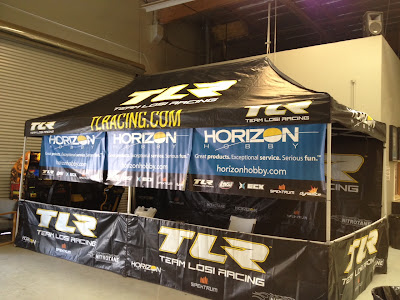 Saturday Pizza Party For all The Racers!! 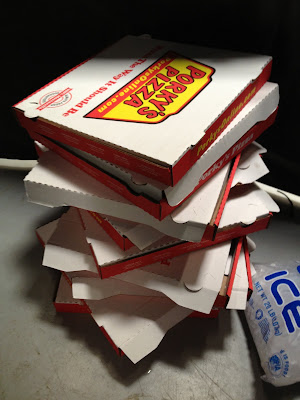 TLR sponsored all three Rookie classes with the winners of each class receiving a TLR or Losi car kit. The big TLR prize of the weekend went to the Sportsman buggy winner where they would receive a TLR team sponsorship for one year. 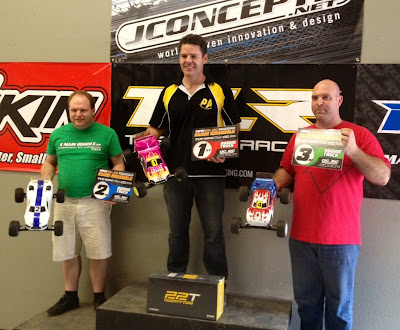 In the Rookie Stock Truck class Mike Fetyko was the big winner as he would take home the number 1 plate with his TLR22T truck along with a brand new TLR22T kit. 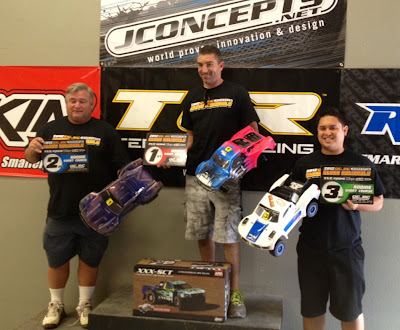 The Rookie Stock Short Course class is the hardest class to win as the racing is always close and exciting. The top three in this class put on a great show with some intense battles with Jason Dale coming out on top taking the win and receiving his new Losi XXX-SCT roller! 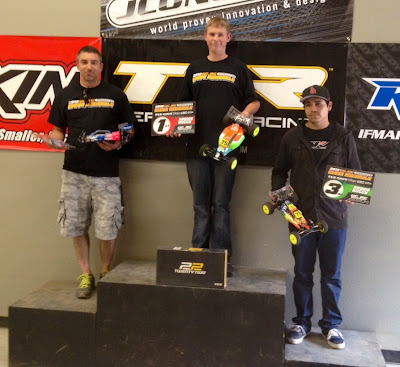 Michael Birmingham put in a dominate performance in the A-main of Rookie Stock Buggy leading every lap to take the win. Michael won the number one plate and a TLR22 buggy kit! 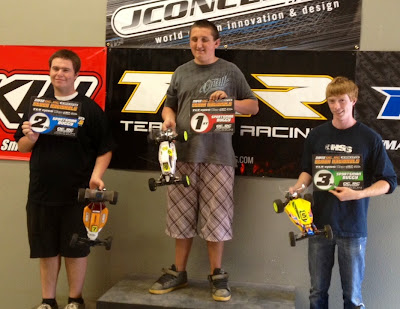 Casey Becica really showed he was the man to beat in the Sportsman Stock Buggy class and that he was determined to win the TLR sponsorship by TQing the first two rounds of qualifying. Casey ended up with the overall TQ. In the sportsman classes the A-mains were ran a bit different than the Rookie class. They would have triple A-main to deal with, which makes things much more difficult as you need to be consistent. Casey showed his consistence in the first two mains taking both wins giving him the overall and the one year TLR sponsorship!!

This past weekend Scotty Ernst took his Short Course Showdown tour down the Tucson, AZ to one of the finest R/C facility’s on the west coast. This is a large indoor clay style track with lots of large jumps. TLR was in full force with Billy Fischer, Cody Turner, Charles Hick and many more on hand for support. The showdown would see four round of qualifying on Saturday with mains run on Sunday. 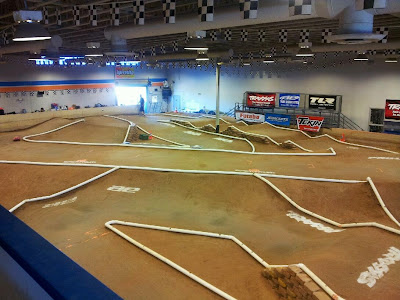 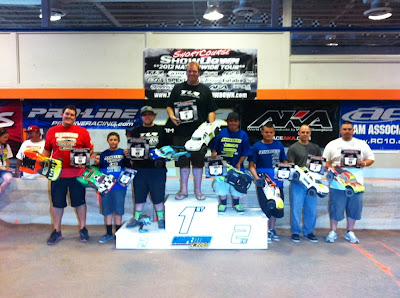 In the Pro 4 class TLR driver Billy Fischer would drive his Losi Ten-SCTE to the overall TQ after all four rounds of qualifying. In the A-main event it was all Billy Fischer from start to finish taking the win. TLR teammate Cody Turner would put in a great race to finish third on the podium with his Losi Ten-SCTE. Both drivers choose to use the TLR tuning options on their trucks. 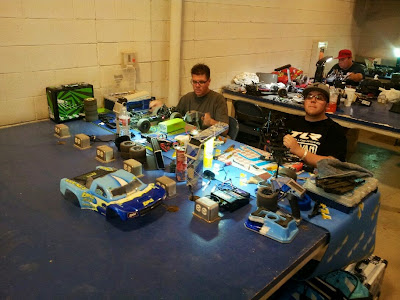 In the Pro2 mod class Cody Turner had an impressive day, even though not making the A-main from qualifying and having to bump up not only once but twice to make the A-main. Once Cody put his Losi XXX-SCT truck in the main he was not satisfied with that and drove the wheels of his truck from the back of the pack to take the final podium position. TLR teammate Billy Fischer would finish in the fourth position with his Losi XXX-SCT.
at 10:02 AM