Q3 of Qualifying is done at ROAR Super Nationals 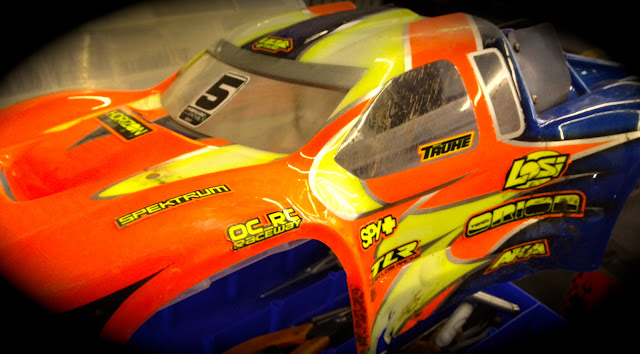 Round 3 of Qualifying is over

Round 3 of qualifying has come and gone here at West Coast R/C.  The third and final round for today saw the track start to dry out more than the first two rounds and the groove has gotten much narrower.  They are still sweeping the track before each heat but the dust just seems to be coming up a lot faster then it was in the earlier rounds.  This was not as much of a problem for the 4wd and 1/8th scale vehicles but it was a noticeable difference in the 2wd SC class.  Today we have one more round of qualifying after this morning’s couple minute practice round.  I personally am hoping when we walk in the door this morning that the track has been watered a lot like it was yesterday morning.  It’s not as fun at first but the track will be much more consistent throughout the day.  I am afraid from what we've seen in the final round of qualifying yesterday, if it doesn't get enough water we will spend the day in the in-between stages of wet and dry, this is normally the worst stage a track can be in.

In the 2wd class I feel we are getting closer with the set-up.  Dustin Evans, Mike Truhe and Matt Castellano had a great run in round 3 with them all being within 1/10 of a second apart and getting a 4, 5 and 6 for the round.  Dakotah Phend tried going in a different direction on the set-up for round 3 and was not as happy with the changes and will be going back to what he started with the previous two rounds.  This will be going back to a softer rear spring and thicker oil.  He is also making some changes to his tires for both 2wd and 4wd to see if this will give him more rear grip.  I believe it will just be the inserts different.

Dakotah Phend came out swinging again in the 4wd SC class for round 3 battling to the very end for the round TQ but with a small mistake at the end he would give up the TQ and settle for second.  Dakotah was much happier with the body lower on his TEN-SCTE.  He will be making a couple of tire set-up changes for the final round today.  Dustin Evans was looking much stronger in round 3 after going to a lighter front sway bar.  This just gave him more steering but the downfall was a little harder to drive consistent.  He was more on pace with the others so he will have to hold on to his TEN-SCTE in round 4 today.

We just couldn’t seem to get a run in with the 8IGHT-E 2.0 yesterday.  I was very pumped for Matt Castellano putting in a strong run in for the final round yesterday putting his 8IGHT in the top ten.  I am looking for him to do big things in the final round today and secure his 8IGHT-E 2.0 in the A-main later this afternoon.  Mike Truhe will be going back to a lighter front diff oil for the final round this morning and hopes to get a solid run that will put him in the A-main.  Billy Fischer has been improving on each run and his car is looking easier to drive.  He to will be looking for that stellar run in round 4. 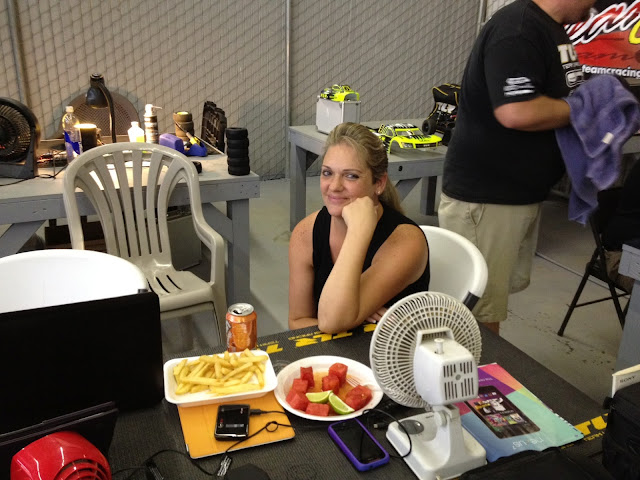 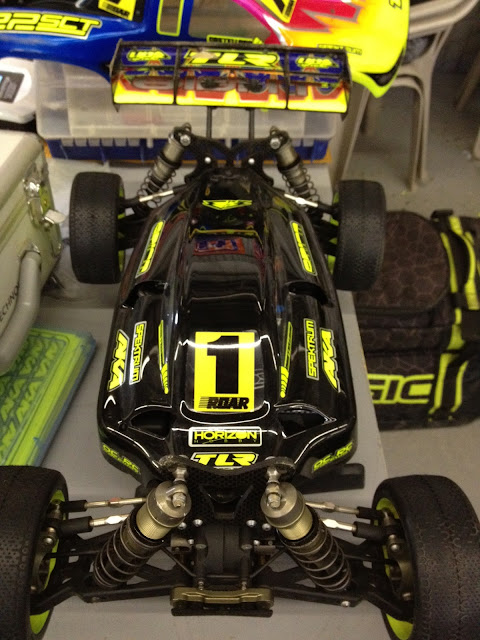 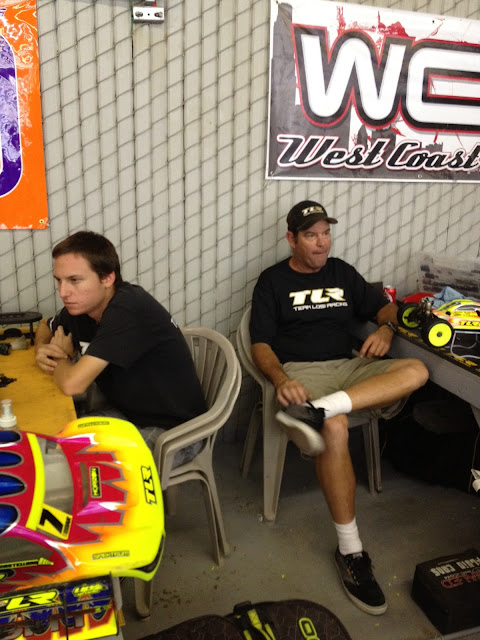 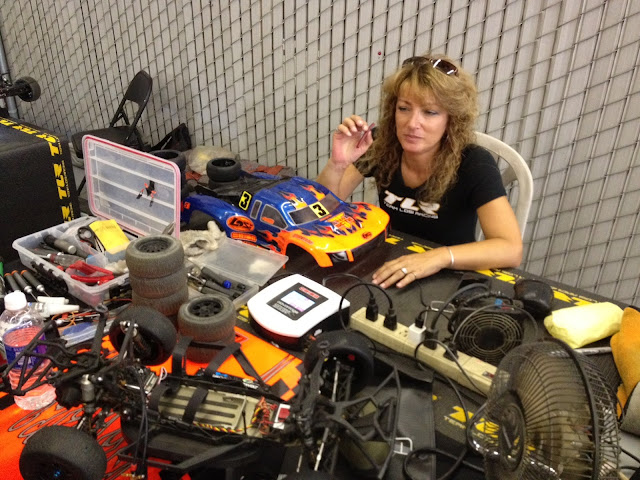 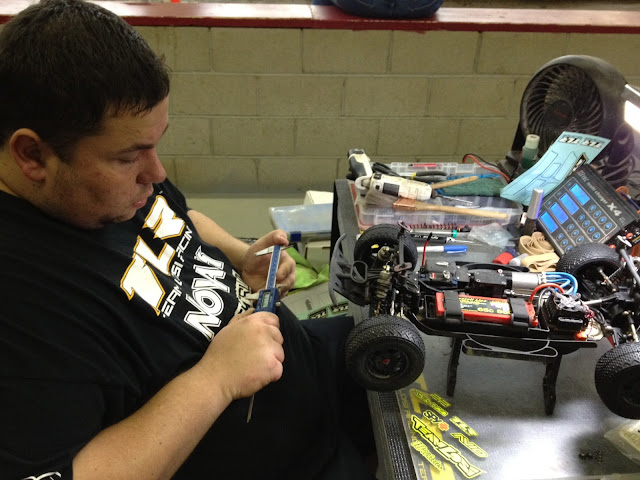 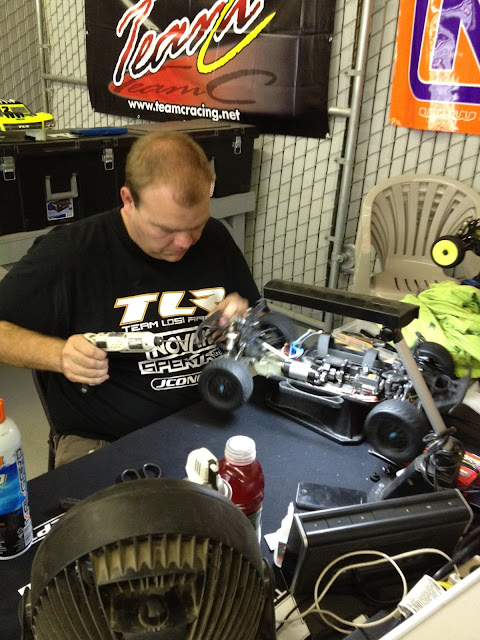