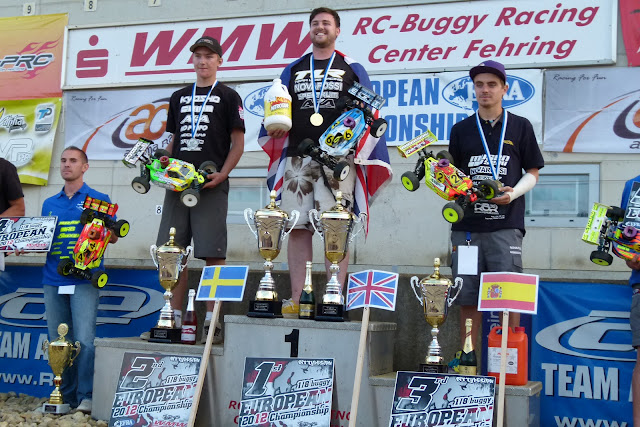 We woke up for the final day of the Euros not know what the day would be like.  There was a lot of talk the day before about bad weather.  In the morning it did look to bad but like I have said before the weather in Austria is quite crazy, one minute it is really nice the next the clouds are overhead and it’s about to rain.  Well. The same thing happened for the finals.  The clouds came over head but this time mother nature let loose for about 20-30 minutes.  This turned the track into a muddy mess.  I was a bit worried at first because this would change a lot of thing as the team still had to race there way into the final from the semi’s.  With mud like this you just never know what could happen and we had put so much work into everything to have bad luck in the semi and not make the final but as fast as the rain came in the sun came out and the track dried out faster then I would have every imagined.

Semifinals
It was very unfortunate that Matthew Lewis and some of the other member had some bad luck and were not able to bump into the semi finals.  Nonetheless I was very impressed with their driving and they are young talent that will be at the top very soon.   We had two drivers in the semifinals, Darren Bloomfield (Top qualifier) and Miguel Matias.  They were both in the A-Semifinal witch was nice to get it out of the way and give them a bit more time to relax after the race to get ready for the main.  Darren would start out front and hold the lead for most of the race with teammate Miguel right behind battling for second place.  This was good as 6 drivers would advance to the main event.  Darren would have a huge problem just past the halfway point that first looked to take him out of the race as his car just stopped on the track for know reason.  The marshal started to bring his car back to the pits for us to look at it but then it just started going again (quite crazy!!)  Come to find out after the race from the Marshall that there was a large rock stuck in the rear wheel that flung out.   This would put Darren quite a bit out of the lead but still in position to make the main as he was sitting in 5th position.  Miguel would move up a spot and be in a three way battle for the lead with only a couple of minutes to go.  Miguel would make a couple of nice moves but just fall short and settle for third.  Teammate Darren would end up fourth after his recovery.

Final Main Event
When the final came around the track was looking really nice.  Still a bit wet if you were out of the groove but the groove was pretty wide and dry.  With the combined times from the A & B semifinals Miguel would start 5th and Darren would start 6th.   It would have been nice for the guys to start closer to the front but I was very happy with these spots on the grid.  Miguel would start on one end of a corner and Darren would start around the corner, so this was good as it would give them both some room to work and not get hung up with each other on the first lap.  It worked out great as they both got a great start with know problems for the first couple of laps.  Miguel would eventually come across some bad luck with another driver that punted him of the track.  He would rejoin the race in near last place.  Darren was charging hard to the front with several nice passes on his way to the third spot were he would stay for most of the race.  Him and the two front-runners would pull away from the rest of the field and be running near identical lap times.  The three of them were all within striking distance and really just looking for one to make a mistake.   Getting closer to the end of the final the driver that would step up his game would be Darren Bloomfield moving his TLR 8ight 2.0 EU buggy into the second position and charging extremely hard for the leader which was about the length of the straightway in front of him with know more then six minutes to go.  Somehow Darren was able to make up an amazing amount of time and within two laps was on his rear bumper looking for the pass with just a couple of minutes to go.  This race was going to come down to the last two laps of the race and I was so hopping we could get this win, he did all that work to get to him now lets just get by and take this one.  The last couple of laps were brutal as each of them were really going for it all out, there was a couple of stop and goes for each of the drivers on the last couple laps but with some lap traffic in the way Darren was able to make the pass and move himself into position to win the European championship but just as he got the lead he was passed back and looking for away around again.  With all kinds of lap traffic and all out driving happing Darren was able to keep his cool and make the final pass and get just enough breathing room to take the win and his first ever European Championship!  Miguel was driving very well in the main and hi car to me looked like it was the best car on the track but with the bad luck in the beginning and trying to come through the traffic he could not make up time on the other drivers and would finish up the main event in a solid 6th place. 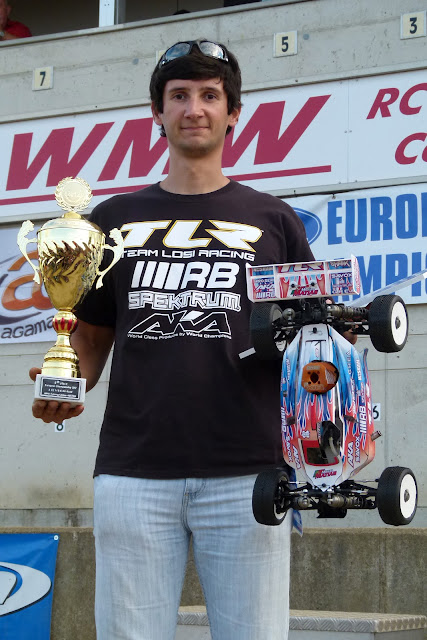 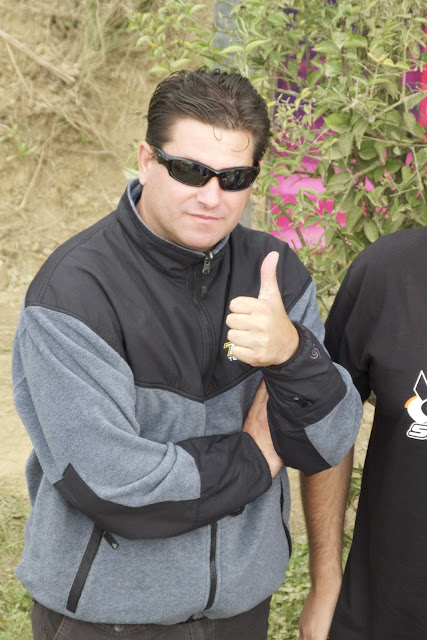 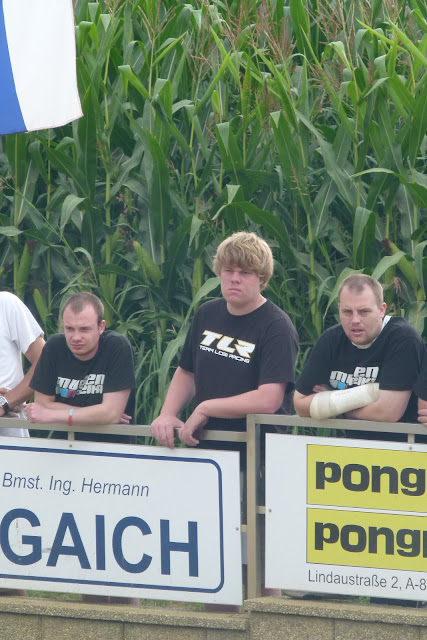 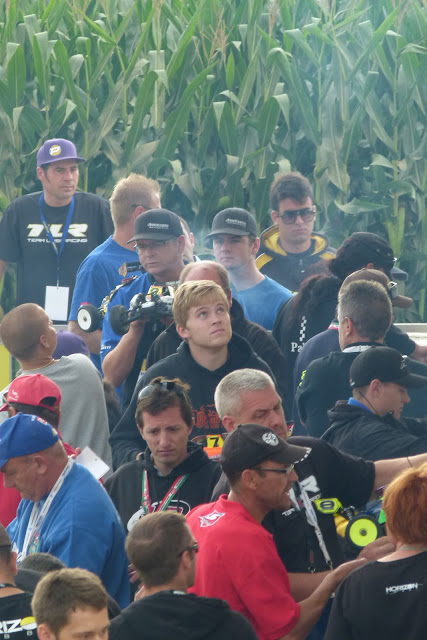 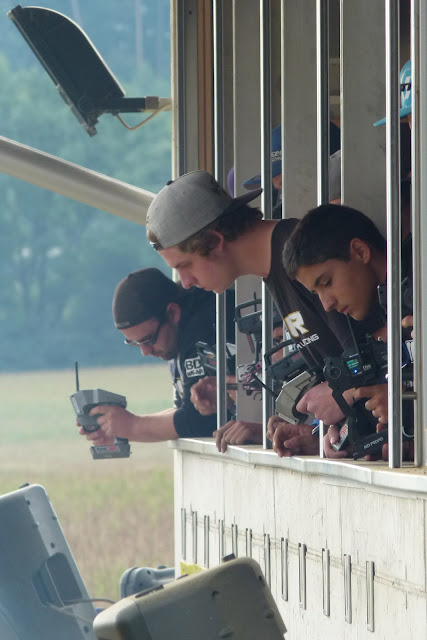 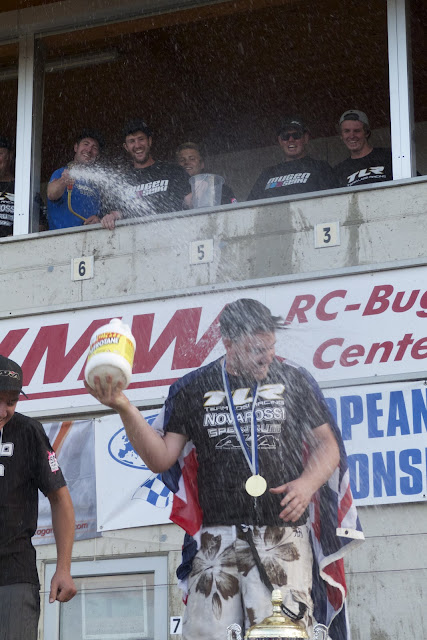 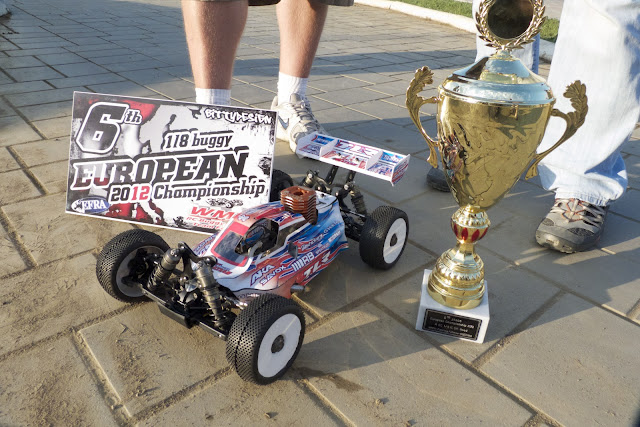 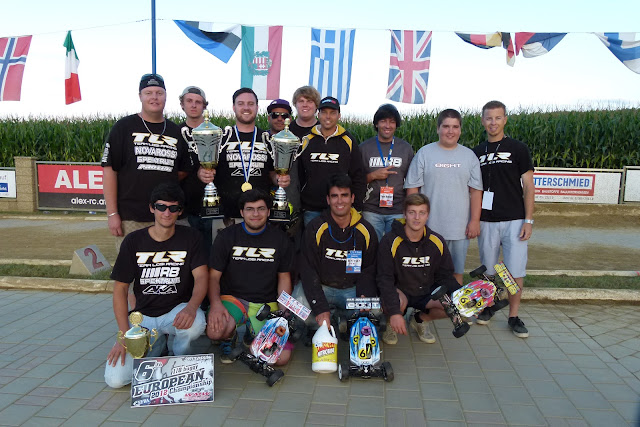 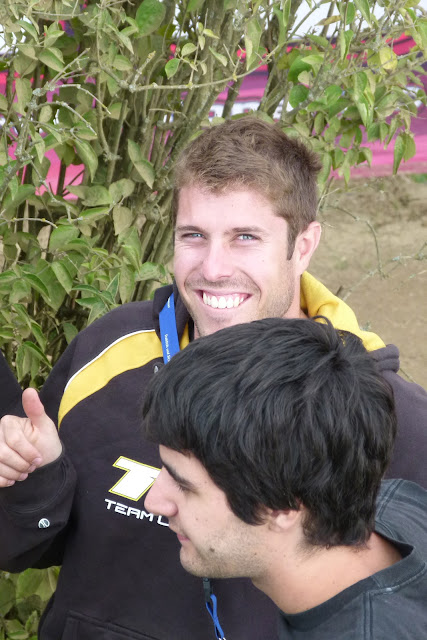 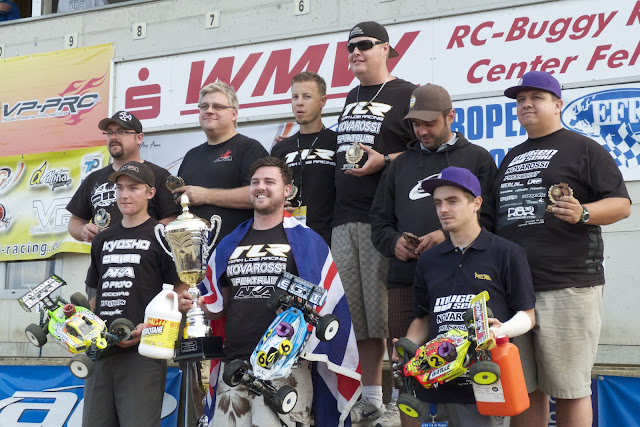 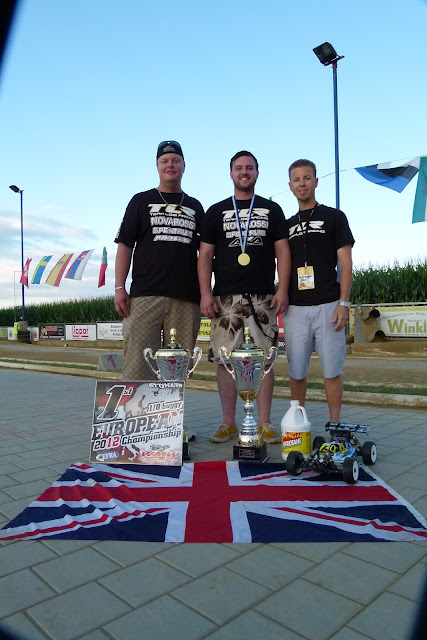 It Was Truly an Amazing Race and Event
at 7:59 AM